Upgrades and the season: Getting closer and closer

Home opener, Noon, September 6. Gonna be there? Come on....I know it isn't Michigan or....you know who, but it's the home opener. And this is the B1G time. And you'll see a few changes in the surroundings.

Share All sharing options for: Upgrades and the season: Getting closer and closer

Julie Hermann said there would be some fan-friendly upgrades coming, and they are underway.  Hope so, because we are less than a month from kickoff at HSS on Sept. 6.  We sent out the OTB Black Ops unit to surveil the area and the following info was reported back.

The small signs are gone and are replaced with these on either side of the press box. 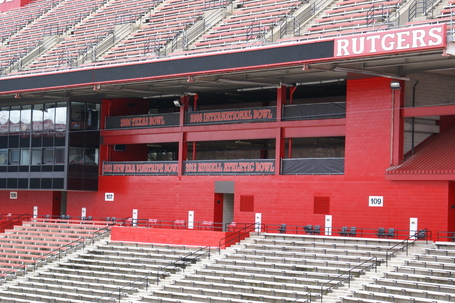 Guessing they are mostly for ads, since they face the press box (TV cameras).  They're outside the 25-yard lines so the team won't block the view. There are also supposed to be additional ones in the north endzone where the Birthplace of College Football sign was. 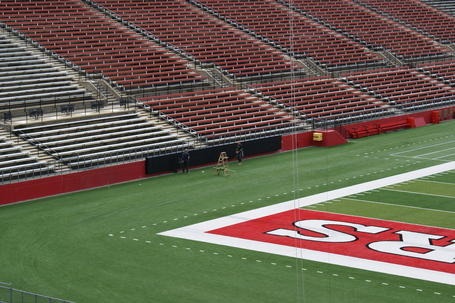 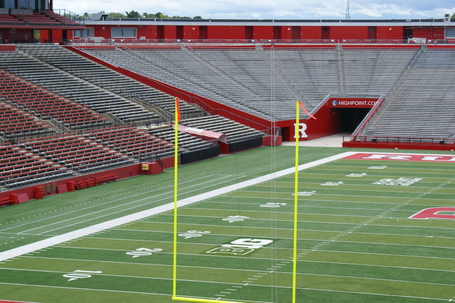 Logistics limit this to some extent but there's a big bump out near the Audi Club entry in the northeast corner. 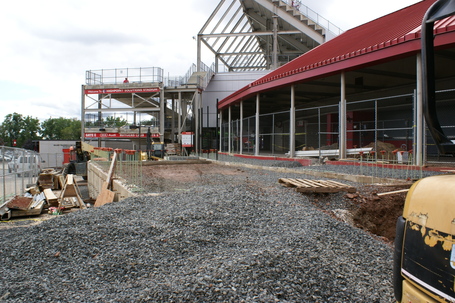 It looks as if the whole place got a new coat of red scarlet paint. But there were also some visuals added by the concession stands.  Don't recall seeing these before. 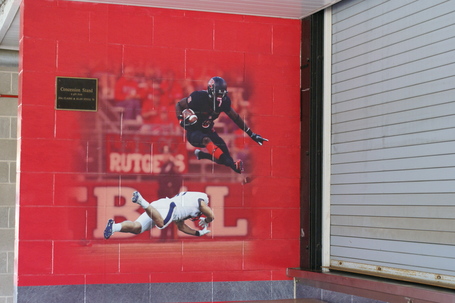 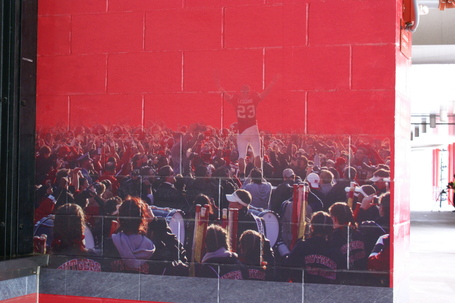 And, yes, that is Brian Leonard leading the band on the field after his last home game.

While not directly a stadium upgrade, work goes on nearby, including paving of Sutphen Road by the Visitors' Center and the installation of a traffic light at the Sutphen Road/River Road intersection. There are also new sidewalks in along River Road from the entrance under the main scoreboard to Sutphen Road. 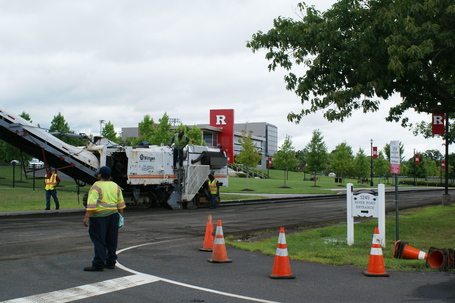 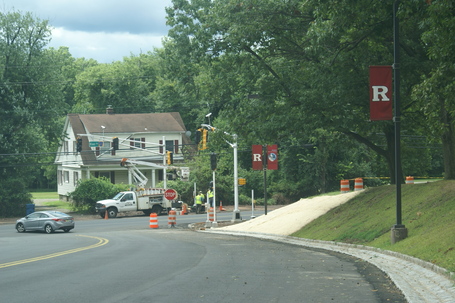 Oh, and for anyone who is thinking about tailgating, they're ready. 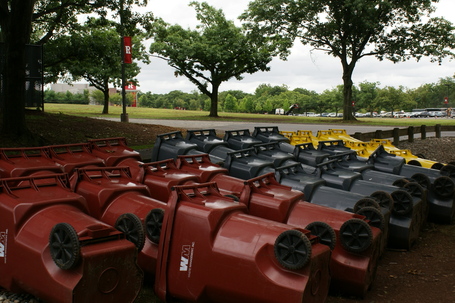 So, it gets closer.  It isn't another 10,000 seat addition, but then we need basketball upgrades first.  Little by little, it builds.  Looking good.

And my new feature:

For no other reason than to promote Rutgers. A hidden gem, the Rutgers Gardens. 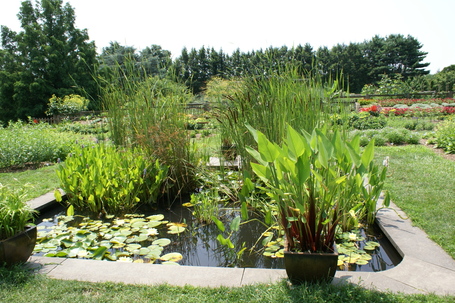 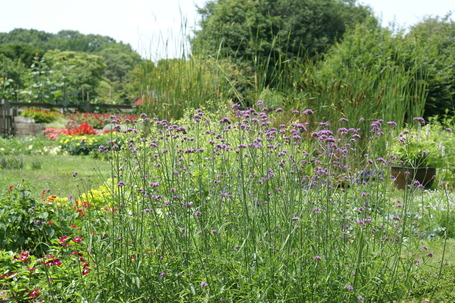