Looking at Rutgers' facilities vs. the B1G: Track and Field Hockey

Every sport needs something as they enter the Big Ten, some more than others and some more pressing than others. So we continue to look at Olympic sports and their needs. This time, track & field and field hockey. And don't get flustered that this isn't about football. Just read the article and comment. Football doesn't even report 'til tomorrow!

Share All sharing options for: Looking at Rutgers' facilities vs. the B1G: Track and Field Hockey

Field Hockey is facing a daunting challenge in the Big Ten.  ttfp ranked 9th in the final 2013 rankings.  Three current B1G squads made the NCAA tournament (incl MD), and the Twerps made the final four in field hockey.  As a conference, the B1G has won 10 NCAA titles (again, if you include MD).  There were 36 final four positions earned by the B1G out of 132  (27%) since the FH tourney began.  In the final 2013 rankings, 6 B1G teams were in the Top 25.  RU was 44.

Track and Field and Field Hockey share a facility, the Bauer Track and Field Complex. Field hockey has been there since 2009, but the sign (see above) hasn't been updated.  Sharing a facility isn't a problem, since other schools have similar arrangements.  Prior to the move to the Bauer Complex across the street from the RAC, the team played at the Stadium Complex on the artificial turf field, a surface that was not meant for field hockey.  When the team relocated several years ago, the turf was upgraded for field hockey , and it is a state-of-the-art surface.

And just like baseball, the surface is terrific.  But the rest of the facility is hardly a Division 1 site.

The entrance to Bauer Track and Field Complex (again, the sign doesn't even mention field hockey) 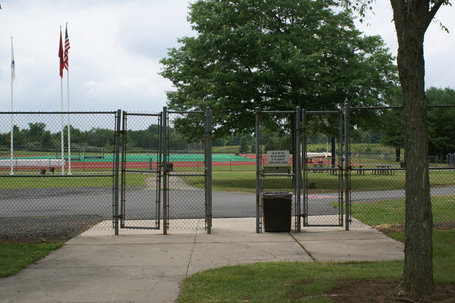 And fan amenities.  Really, that's it.  Four porta-potties. Plus the water fountain not far from the flag poles. 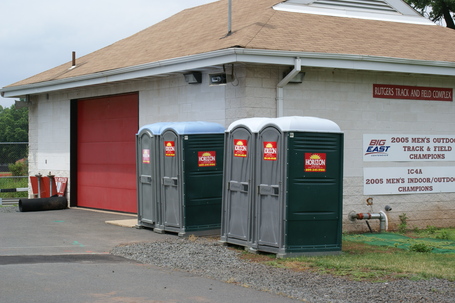 Let's not forget the deferred maintenance needed to clean it up: 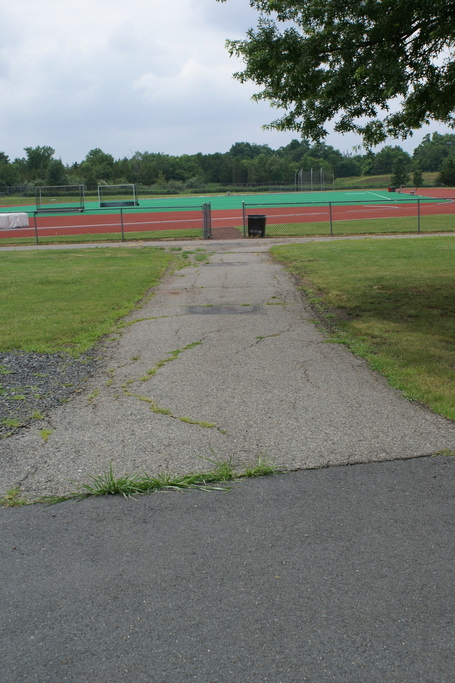 And the viewing area for fans: 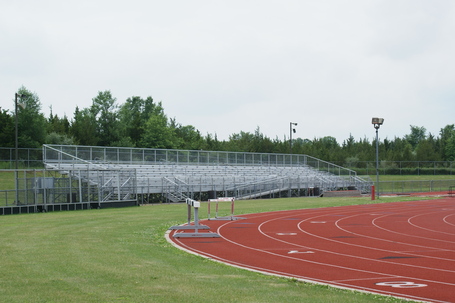 No press box, no lights, no scoreboard for track (there is a relatively new one for field hockey).  There are high school facilities that are more inviting and well-appointed than the newest member to the Big Ten.  And then, of course, there is the competition in the Big Ten, such as: 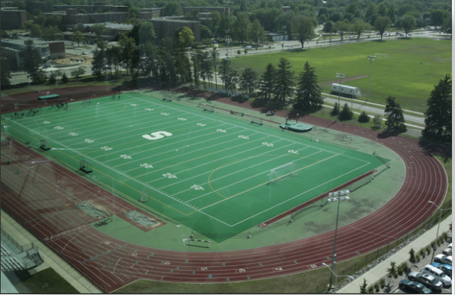 Somewhere in the middle of Pennsylvania 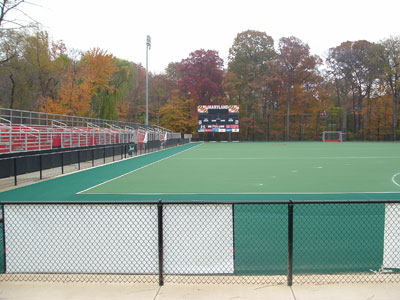 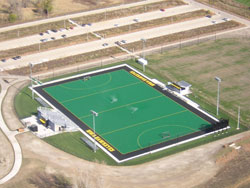 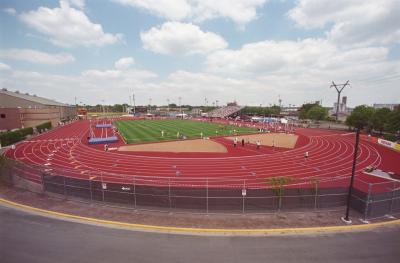 Michigan - with a training facility dedicated to field hockey 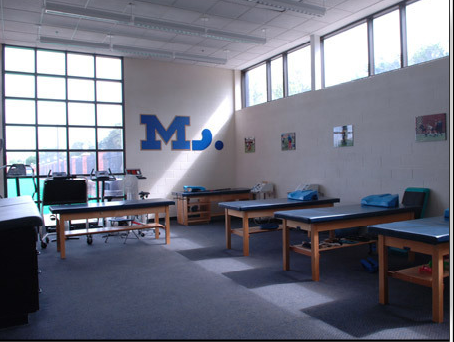 All in all, not a pretty picture.  And, yes, we're fighting from behind, going up against the big money folks of the Big Ten. But, what do you do?  If you put in lights and upgrade the seating, you can at least host contests and not be completely embarrassed by people saying, "This is a Division 1 school?"  Summer camps, rentals to club teams at night, state high school track meets.  Lots of possibilities, and probably not for that much money.  As a start.

Now don't get me started on indoor facilities.  Too late.  That's another piece for later on.