Looking at Rutgers' facilities vs. the B1G: Baseball and Softball

Every sport needs something as they enter the Big Ten, some more than others and some more pressing than others. So let's take a look at the needs of a few sports, starting with baseball and softball.

Share All sharing options for: Looking at Rutgers' facilities vs. the B1G: Baseball and Softball

RU Baseball's Bainton Field.  It's a great field, with artificial turf in a fairly nice surrounding.

That's the surface. The "stadium" is nothing more than a high school field on steroids, and weak ones at that.

In a recent article by Keith Sargent, Julie Hermann said that baseball and softball are high on the list of sports that will be getting facility upgrades, primarily due to the relatively low cost of providing it.  In this case we're talking about an indoor practice facility to be built between the baseball and softball fields. 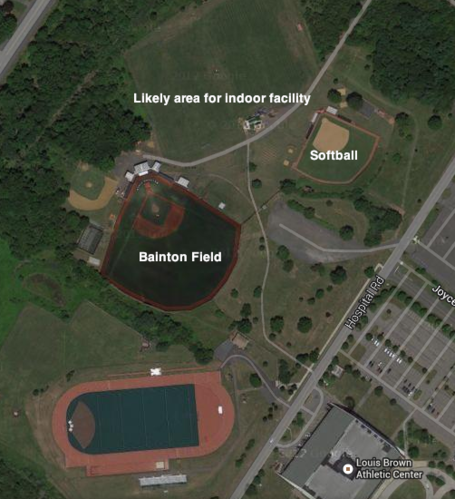 And as has been written here, baseball may very well be one of the more competitive sports for Rutgers as it enters the B1G.  A better facility - including indoor practice facilities - can make a huge difference as we move forward.  The fact of the matter is, the B1G, despite its relative cold weather situation, has made some very significant strides in upping its game in the sport.  Indiana has done very well of late, and Nebraska is also on an uptick.  But it is in facilities where the B1G is surprising folks. Four years ago, an article in Athletic Business highlighted the growth in funds being spent on, and the quality of, B1G baseball facilities.

And some of those facilities are impressive.  Take a look: 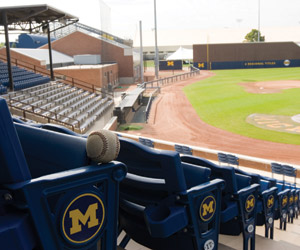 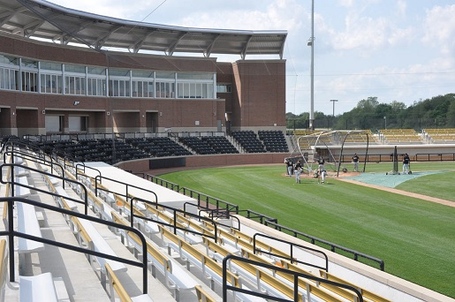 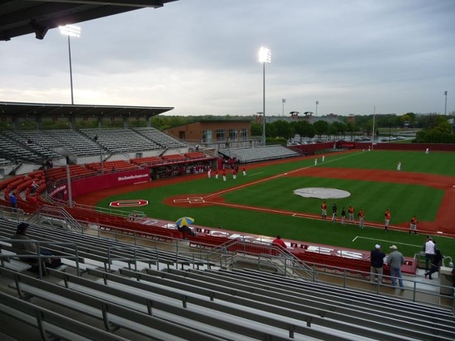 By comparison, the surroundings for Rutgers look pretty.....uh, well, they're lacking.

"Press Box" (yes, it's at ground level behind home plate) 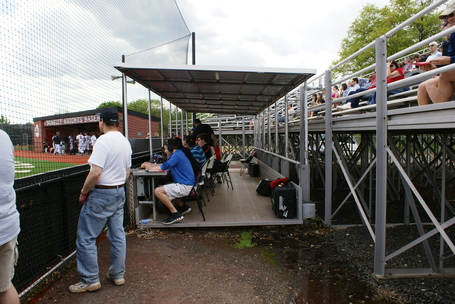 The ambiance and prime seating behind home plate 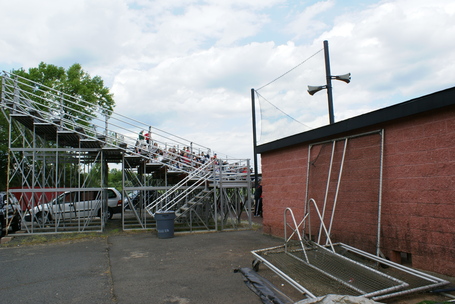 Well, you get the idea. Julie Hermann has said that Bainton Field "has to go from ballpark to stadium''. I could not agree more.

And softball isn't any better.  There have been few changes or improvements at Rutgers' softball field in literally decades. And in a comparison with Big Ten schools?  There is no comparison. 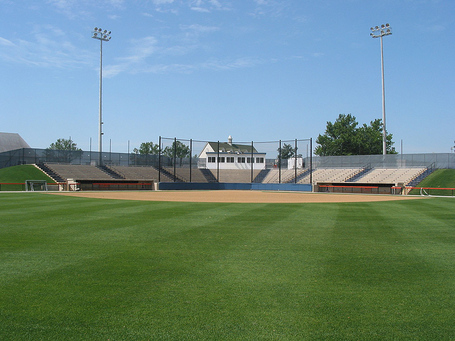 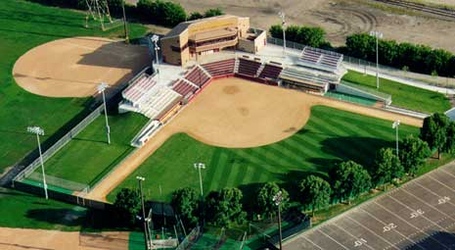 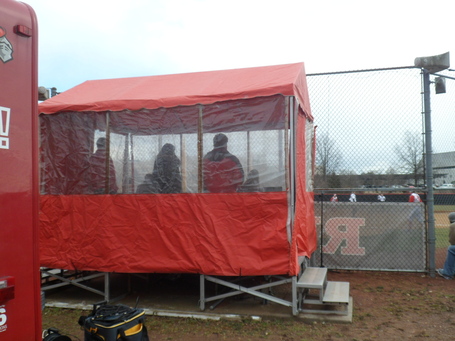 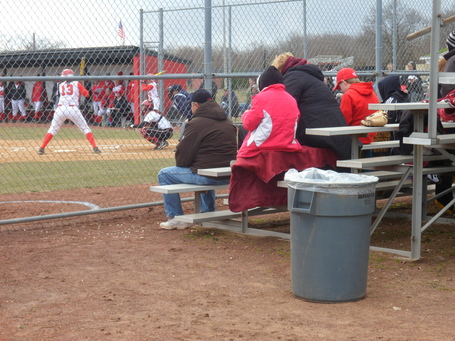 And of course, just about everyone has lights.  But not Rutgers.  And that's for both sports. But wait, you say, it gets cold during baseball and softball season. In looking at the weather issues in the B1G's footprint, Rutgers does just fine in comparison. Six of the thirteen Big Ten towns have average April temps colder than New Brunswick.  The average April temp in the Big Ten cities: 49.8 degrees.  In New Brunswick? 50.6  We're practically a southern entry.

So, while we all push for basketball practice facilities now (I got your back, Dave), there are other things that need to be done and can be done even quicker.

What are your thoughts?