Rutgers' $47 million problem...and how does it get better?

It's well documented that Rutgers athletics is the most heavily subsidized in the nation. Is there hope? Anything positive to say about where we've been, where we are, and where we're going?

If you buy something from an SB Nation link, Vox Media may earn a commission. See our ethics statement.

Share All sharing options for: Rutgers' $47 million problem...and how does it get better?

We're just a few days away from entry into the Big Ten.  The promised land.  Nirvana.  Salvation from bad conferences, bad television deals, bad....well, lots of bad stuff.  The promises of Jim Delany's money machine have some fans - and maybe even some inside RU athletics - salivating at the prospects.

Then there's the 800 pound gorilla that Rutgers brings with it. 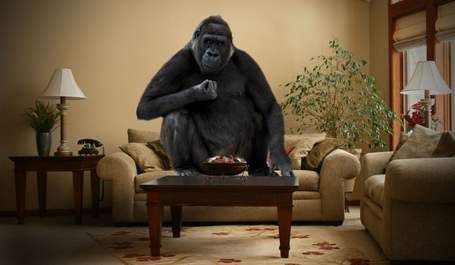 The ubiquitous and always present University subsidy to athletics.  That $47 million figure for the most recent reporting period is the largest in the nation, although one can manipulate that depending on any number of variables (e.g. Air Force gets over 65% of its budget from the school/government; James Madison gets 78.81%, but it is FCS).  And why is it that large?  What's up and how can it change?

There are those who think that once the Big Ten checks start rolling in, the problem is solved.  Probably not gonna happen.  As has been amply documented, Rutgers and Maryland won't be getting full shares of B1G money for a while.  And even with the conference's new TV deal, the expected $45 million/team won't be in place for around four years.  And the plain fact is, very few schools make money on athletics.

So, a $47 million subsidy.  $47 million? That's a lot of ticket sales, sweatshirt sales, and donations.  Uh, wait a minute.  That's the point of this piece.  Rutgers has a problem, and it isn't just that we spend a lot on athletics (#30 among D1 publics).  There are a few other issues that lend to the problem.  Like ticket sales, sweatshirt sales, and donations.

Much has been made of Rutgers' recent (alleged/supposed) drop in donations.  Maybe.  There is some anti-Julie sentiment/bias about that.  There was a drop in donations in the last full year of Tim  Pernetti’s tenure. The data is for 2012-13. But Julie Hermann's  first fiscal year isn’t over, so we don’t know if she increased the donation pool or not.  And I wrote this elsewhere: Tim took the job as AD in April 2009. Those same stats from USA Today show that in his first year, donations increased from $7.9 million to $9.1 million. And then in his second year they dropped to $7.6 million, less than what was garnered his first year. Was that a bad job by Tim or something else? Things happen.  But those numbers are part of the issue that Rutgers faces.

Now, as we go through this exercise, and so that we have somewhat of a level playing field, let's not look at Michigan or Ohio State or Nebraska when we talk about subsidy issues.  Those guys each have their own universe.  Let's look at schools that have similar issues to Rutgers and that, in the B1G, depend a great deal on that BTN money. Consider Indiana and Purdue.  Let's look at the three areas I mentioned: tickets, sweatshirts (licensing), and donations.

On rights and licensing, Indiana tripled Rutgers total in 2013.  That's a lot of sweatshirts.  In donations, Indiana more than doubled the Rutgers number and Purdue almost tripled it.  That's significant. Now, are the rights partly because of the Big Ten affiliation or is there a strong base that buys branded stuff?  Maybe a bit of both.  And maybe that will come about with Rutgers' move into the conference.

Let's play with numbers.  Take the combined contribution average for Indiana, Purdue, and Rutgers over those three years.  It comes to $12.76 million.  If Rutgers could reach that figure, not a very lofty goal in Big Ten terms, it doubles the last year's total and increases the prior year's by about a third.  Pretty good total.  And it reduces the subsidy by a chunk.

Do the same for ticket sales and licensing (go ahead, do it.....OK, I'll do it for you).  Ticket sales suddenly jump to over $12 million.  And it's especially significant in the licensing area. That figure increases to $27.6 million.  Not a scientific study but it's a starting point to help us feel better.  So let's use those numbers for the last reported year and see what it could look like:

Rutgers contributions: increase $6.6 million (yeah, I know.  That's a lot.  But this is all speculation)

There's a lot more data that you can look at.  MyCentralJersey.com did a series on the "Big Difference", and in it it cites some details of ticket sales and donations.  An example is men's soccer.

You can do the math if you want, but being a Big Ten school carries weight.  So one final look at a biggie and a school somewhat more in line with RU.  Of course, you still need people to support you, you need to win occasionally, and you need to market the brand.  But there just might be a light at the end of the tunnel.  And it isn't a Boilermaker coming the other way.