Rutgers online community is well informed, energetic and growing. But some fans take it too far, incessantly contacting recruits through Twitter. Those contacts are NCAA violations, and they are just plain creepy.

Share All sharing options for: Grow Up. Stop Tweeting @ Recruits.

Twitter has made it easy for fans to follow and contact prospects they think are high-priority targets of the school they love.  Too easy, in fact.  There are no barriers, no perceived costs, and fans think they are helping to bring in next year's stud running back or point guard.  So what's the harm?  Two things: every time you contact a recruit, you commit an NCAA violation for your school; and perhaps more importantly, you look like a jackass.

Recruits are Not Your Friends

Rutgers has a growing and vibrant online fan community, exemplified by the use of the hashtag #CHOPNation.  That is a plus for Rutgers fans, because it gives Scarlet Knight supporters a counter to the steady stream of #WeAre, #GoBucks, #daU, and #Cuse etc. we see online.

However, some members of the community abuse the access and ease of communication a medium like Twitter allows, by incessantly begging teenage kids to come to Rutgers.  Trust the coaches to handle recruiting.  No prospect is choosing his school on the basis of some anonymous stranger on the internet replying to each and every tweet the athlete sends with "#CHOPNation wants you in Scarlet!" or something similar.

I absolutely love the whole concept of CN and they really bring a fresh, lively dynamic to what tends to be an older, stodgy fanbase. That being said, I think the downside of fans "helping" to recruit is now obvious. All it takes is a handful of emotional fans harassing a kid for committing elsewhere and it completely outweighs any positives. As a football fan, I try to understand how coaches think and adopt that mentality as much as possible to better understand what I'm watching. Football is very much about a unified message and working as one towards a common goal. Fans don't know what that message is recruiting-wise within the program and so ultimately they detract from it by attempting to be an extension of the program without the requisite understanding.  But again, it's important to note that I love what CHOPNation is doing outside of the recruiting aspect.

Here's an example of a good use of the hashtag.  It is informative and positive, without being a creepy communication with a recruit (Note: OTB does not know if this is a recruiting violation merely for referencing the athlete's twitter handle).

In contrast, here is an example of terrible online conduct:

@Jay_stocker Hey future star! Come on up to the #Cuse and be part of something special! The future ACC Champs have you in their sites!  :)

Let's deconstruct this tweet. Here we have a middle-aged man (based on his picture) tweeting, to a seventeen-year-old student athlete (Stocker is a 4* Safety from Coatesville, PA, and a Rutgers target), in front of all the young man's friends, and indeed, the whole world:

I use a pathetic tweet from a misguided Orange fan as an example of how creepy this is, but some Rutgers fans are guilty of this too.  Stop.  It's pathetic, weak, and desperate, and we do not need it.

When in doubt, ask yourself, "Would Burt Reynolds tweet a smiley face emoticon to a teenage boy?"  He would not, so you should not.  "Would Clint Eastwood call a young man he has never met "future star" in a sickening, gushing, sycophantic tone?  You know he wouldn't.  So why are you doing something similar? 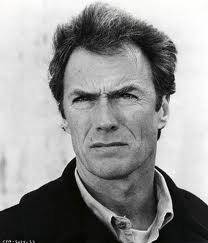 No matter how many times you read articles and interviews about them or watch their highlights on hudl, these kids are not your friends.  They do not want grown-ass men (and women? nah probably just men) replying and commenting on their every digital word.  When you do this, you are embarrassing yourself and the student athlete you are trying to entice to Rutgers.

This is the online equivalent of driving up next to their high schools in a van with a unicorn painted on the side, and offering these kids, in full view of all their friends, all the candy in your van if the young man would only get in and come for a ride with you to a special place in Piscataway.  Just stop.

Recruiting occurs whenever a member of the Rutgers athletics staff or an athletics representative encourages a prospective student-athlete to enroll at Rutgers and compete in athletics.

So who is a booster (meaning someone Rutgers is responsible for controlling)?

A "representative of the institution’s athletic interest" (a.k.a. "booster") is an individual, independent agency, corporate entity (e.g. apparel or equipment manufacturer) or other organization that is known (or should have been known) by a member of Rutgers’ executive or athletics administration to:

(a) Have participated in or to be a member of an agency or organization promoting Rutgers’ intercollegiate athletics program [i.e., Court Club, Touchdown Club];
(b) Have made financial contributions to the athletics department or to an athletics booster organization of Rutgers;
(c) Be assisting or to have been requested (by the athletics department staff) to assist in the recruitment of prospects;
(d) Be assisting or to have assisted in providing benefits to enrolled student-athletes or their families; or
(e) Have been involved otherwise in promoting Rutgers’ athletics program.

Note: Once an individual, agency, corporation or other organization is identified as a "representative of athletics interest", that person/entity retains that identity indefinitely.

So most likely, every regular reader of On the Banks fits one or more of those definitions.  Congratulations! You are a booster, and you remain a booster for life.  Just like T. Boone Pickens or Phil Knight.  Without the Learjet(s).

If you have any specific questions, you can tweet @RUCompliance for the answers.

Contact with recruits on Twitter is a violation of the NCAA's rules, and Rutgers can be penalized for YOUR actions, period.  So don't do it.

I know what you are going to say: "Every school's fans do this, and nobody is ever going to notice or penalize RU for my persuasive and meaningful tweets with young Johnny Prospect."  You are probably right -- this is an extremely difficult violation to police, and there are knuckleheads in every fanbase committing these violations. So what?  It's still a violation, and it still looks awful.  It's not helping, and you are embarrassing yourself, so why take the chance?

Shameful MT @StevenG511: People are very immature about my decision. Say shame on my parents?! My father passed away and youre mad @ him?!

If you are one of the degenerates who disparage or threaten a high school prospect for choosing another school, you need more help than this humble blog is medically licensed to provide to you.  If you threaten someone on the internet, you have committed a crime, and given the interstate nature of the internet, probably a federal offense.  You are not allowed to threaten people in real life, and the same rules apply online.  Don't even think about it.  No one should act this way, and certainly not Rutgers fans.  Stay classy.

This has been an OTB public service announcement.  Now back to your regularly scheduled PoSU trolling, Julie Hermann lamenting and naked free throw remembering.