I’ve Got Your Happy Valley Right Here: A Manifesto of Hate for tTFP

96 years of competition. Countless recruiting battles. Lopsided results and dozens of counts of poor sportsmanship on the wrong side of the river. It's time to put aside the niceties and let our friends in the mountains know how we feel about them.

Share All sharing options for: I’ve Got Your Happy Valley Right Here: A Manifesto of Hate for tTFP

Greetings, On the Banks readers! I'm thrilled to be writing my first piece for my favorite site on the web. No exaggeration, the subject matter, quality of content, and community presence here makes this my top destination anywhere on the net, bar none.

Every time I see a new story from OTB appear in my RSS feed, I get more excited than Schiano calling a zero blitz. 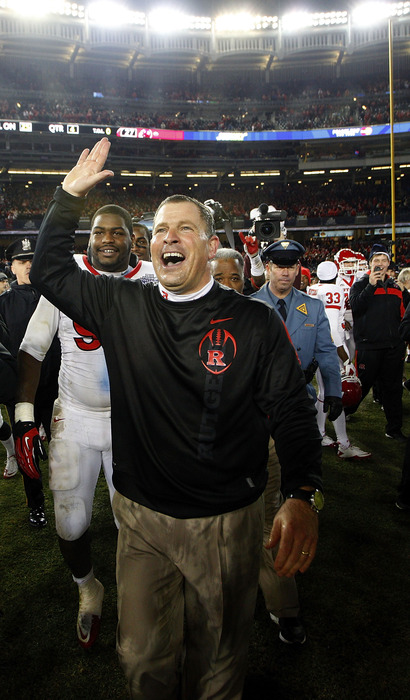 Rutgers is a great institution represented by a great football team. We have wonderful fans, a beautiful campus, and a seat at the biggest B1G kids table in the country. However, it's time to bring the hate.

In a past life, I posted on SB Nation as SleepingGiantRU. Specifically, I contributed a rant on the fabulous Big Ten site Off Tackle Empire entitled B1G Hatin'. I think that's a good place to start, but we need to take it further.

I'm not talking about booing our players. That's for Syracuse fans. We should always be loud, proud, true fans, supporting our team with deafening cheers and boisterous celebrations, reserving booing for refs and opposing mascots. 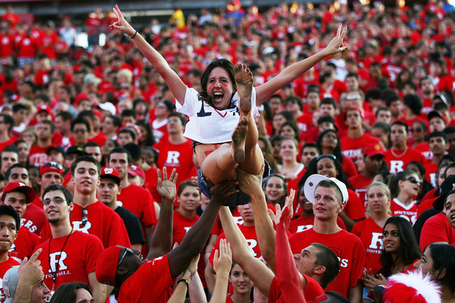 I'm talking about bringing some good ol' hate for an old nemesis who's about to rear its ugly head once more. I mean, we're from Jersey, people! It's time to stop being so frickin' polite. I want to see some vitriol on the forums, I want to see some smack talk on Twitter, and for the love of all that is holy I don't ever want to see the so-called "proper" name of the team from pennsylvania. 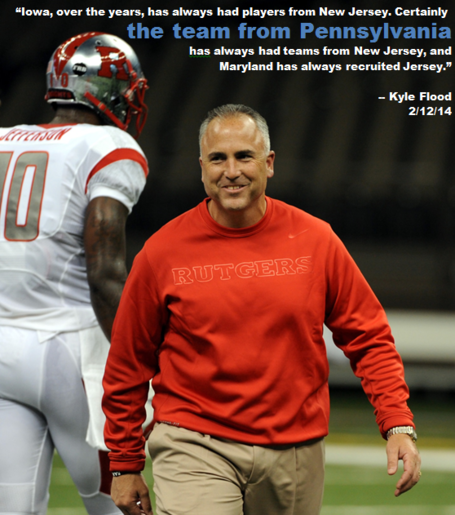 Look, we don't get to beat up on Syracuse and UCONN anymore. While they were entertaining cannon fodder, we have to up our game on the field and on the net. Specifically, I mean the team from pennsylvania, aka the school out west, aka PoSU (that's Piece of Shit University, for those readers not fortunate enough to receive a fine Jersey education).

How about 96 years of unrelenting beatings? Does 22-2 give you the feel-goods? Or does it fill you with a Happy Valley-sized ball of rage that can only be sated by 96 subsequent years of revenge?

How about Saeed Blacknall? How about Juwan Johnson? How about Mike Gesicki? How do those commitments taste? Isn't it awesome to see the best players in Jersey leave for the backwater hill country of pennsyltucky?

How about a scant three visits to Piscataway in nearly a hundred years of intercollegiate football? These pretentious bastards can't deign themselves to leave their insular goat-farming hills to come to the epicenter of the country?

How about a century of dirty play, running up the score and shady business like this? Or the last time Rutgers played tTFP?

After Penn State had thrown for a deep touchdown pass late in the game, with the outcome well in their favor, Joe Paterno was caught on national television with some choice words for Rutgers head coach Doug Graber, who had approached Paterno with a "I thought you guys didn't do that stuff" remark, suggesting that Penn State had run up the score on Rutgers. Paterno, not happy with Graber's accusation shrugged him off, thus ending the series on a bitter note. 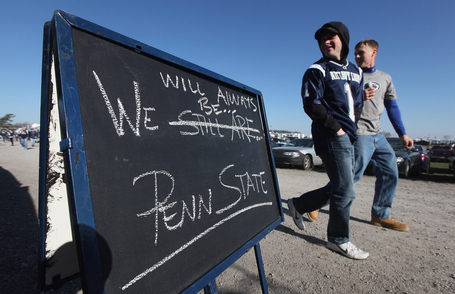 Glad you cleared that up for us, champ. (via cdn2.vox-cdn.com)

"You guys are missing the really BIG obvious stuff. The reason to loathe Penn State to the center of your very soul is the zombie cult army fanbase, spewing self-righteous, sanctimonious phony pious bullshit about "winning with honor" and "the grand experiment", and Saint Joe the blameless. They call their cesspool of Central Pennsylvania wilderness HAPPY VALLEY ferchrissakes. Have you ever driven from NJ to Penn State? You have to go through a damn prison to get there, complete with "don't pick up any hitchhikers" signs all over. And the damn Paterno family, suing Penn State itself for accepting the NCAA sanctions, and vowing to get to the bottom of the whole Sandusky thing, so they can expose the "truth," kind of like OJ searching for Nicole's real killers. And exactly why do so many seemingly intelligent New Jersey students bypass our beloved alma mater to pay out of state tuition to do keg stands in the middle of a damn corn field (similar arguments apply to Maryland and West Virginia -- to hell with them too). I despise seeing stupid paw print stickers on cars in New Jersey. I hate "white-outs" -- probably racist. I hate hearing about how many people fit in their stupid stadium. I hate Franco Harris and the other Sandusky/Paterno apologists. I hate those dumb kids who flipped over cop cars the night they fired Paterno's old carcass."

So, who's ready for Saturday, September 13th? I'm ready to get lit up and roll out the goddamn welcome mat.

Use this article as your manifesto, but be sure to bring your own hate to the party. I want to look out upon a sea of abhorrence. I want you to let them know how you really feel and I want to be inspired by the creative ways we can express our malevolence to our "neighbors" to the west.

There's a new kid in school. We aren't getting picked on and we aren't going to sit quietly in the back of the class. We're going to square up Scott Farkus and beat him in the face. We're going to let it be known that we're not just happy to have a seat at the table. We're going to introduce these Midwestern meth-heads to #ChopNation.

Let's get out there and make some friends, Jersey Style! 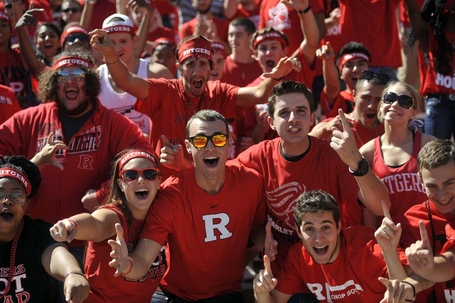