Last week there were lots of comments about how people would not turn out for Tulane, preferring to go to the marquee games like ttfp and Michigan. Well, despite the announced crowd, which is based on sold and distributed tickets and not actual fannies in seats, looks like that was sort of true.

Last Thursday (9/25) through the ticket office, almost half of some upper deck sections were still available for sale, some as low as $45.  Closer to the 50 yard line, they were going for around $75; that for tickets that sold to season ticket holders for $55.

Many people thought the crowd would be mediocre.  This comment was one of my favorites:

As a recent grad

I don’t expect many students to be attending the Tulane game. First off, it’s Rosh Hashona so the majority of the jewish contingent won’t be around and given the very large jewish population at RU, that’s a decent amount right there. That includes the season ticket holders as well.

Also, people have other things to do so if you have to pick a weekend to take care of other business on a Saturday, you’re going to do it this weekend when we’re playing a cupcake like Tulane instead of a Big Ten game.

Not to mention, it’s a 12 PM start so good luck getting the students in the building early for a game with zero hype.

Tulane student tickets are more than plentiful with less than 48 hours till kickoff, and kids who have claimed their's are literally just giving them away

Let me reiterate the point I have been trying to make about attendance at Rutgers games:  THAT ATTITUDE SUCKS!

Do you really want to be like Purdue?  For their Homecoming.....yes, Homecoming! they drew 36,603.  Less than 60% capacity against another B1G team, Iowa.  Granted, Indiana was home, too, but they both filled less of their stadiums than Rutgers.

Rutgers fans simply do not have the mindset that all games count and all games are important, that this is the "thing to do". It was a gorgeous day.  And don't tell me it's too early, a noon start.  Noon starts - and we are using eastern time - are 11:00 am in Chicago, or Ann Arbor, or East Lansing.  As one of my colleagues wrote, kegs 'n' eggs.  Let's go, people!

Tulane was a non-conference game against a seemingly weaker opponent.  It was not a "marquee" game.  And prices on StubHub for Tulane tickets reflected that.  At the low end: 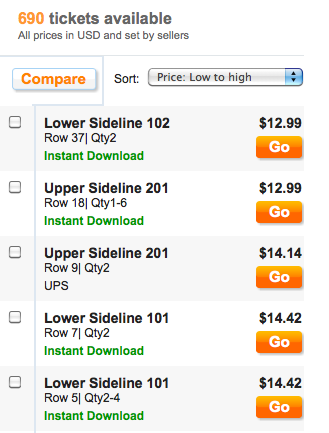 At the other end: 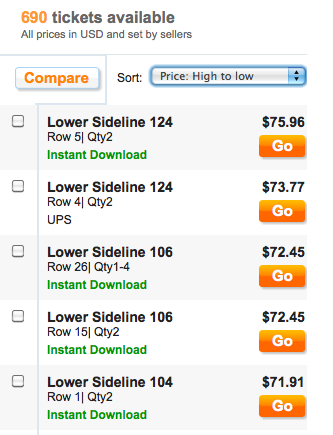 Meanwhile, at the Meadowlands, where Notre Dame "visited" Syracuse, that same night? 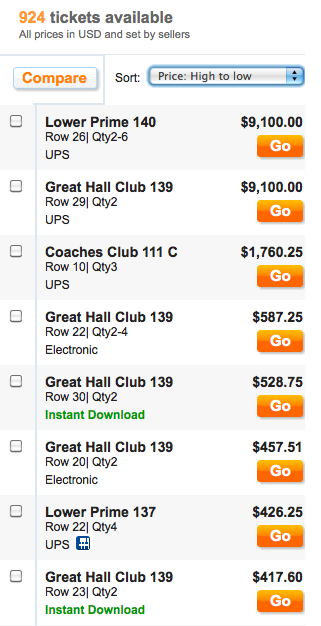 Those Club seats probably include food and drink, but you're still looking at seats going for upwards of $400.  At the lower end, the prices started at around $80.  Think they're all coming out to watch the Orange?  A friend in attendance said he thought it was at least 60-40 Irish.  How's that "New York's College Team" working, boys?

Meanwhile, at the same time that you could get a Tulane ticket on Stub Hub for as little as 12 bucks, the Michigan game was raking in the dough. Here's a look at Rutgers' Ticket Office "best available" price for two tickets (with "dynamic pricing" in effect) as of Monday afternoon:

In that section, there were 17 seats left.  This is upper level, pretty much on the 50-yard line.

A five-game slate of conference games, plus four B1G teams hosting the trail end of non-con match ups.  Three of the big guns (MSU, tOSU, and Wisconsin) hosted out of conference foes and they averaged 73,017 fans, or 100.7 % of capacity (The Buckeyes were hosting in-state foe Cincinnati and had a ridiculous 105.9% capacity.)  Rutgers, the fourth team hosting a non-con, had 48,361 "in the house", or 92.2 % capacity.  And, I guess that's okay.