The Razorbacks are the first ever SEC team to make the trek to Piscataway. Can the Scarlet Knights start 1-0 against the premier conference?

So who was upset that Rutgers wouldn't be able to play against Bro Bielema himself? Never fear! The Scarlet Knights will get their chance this Saturday as Arkansas completes the home-and-home series. That means this dude will be on the sidelines: 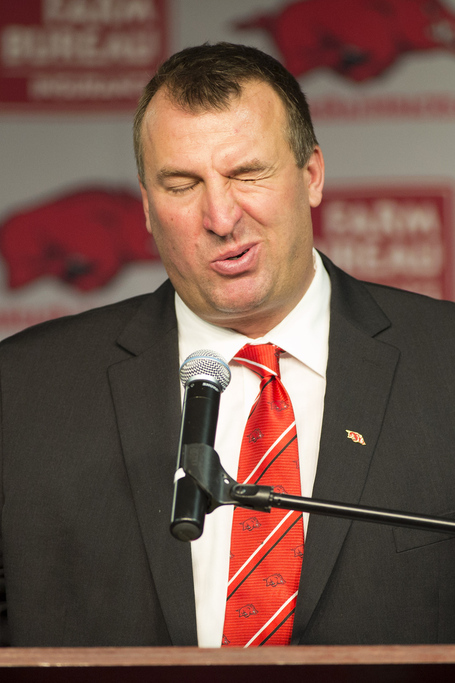 Channel: ESPN (yes, the regular one)

Arkansas was designated as the predetermined blackout game of 2013, so don't forget to wear black to the game if you're going (Why wouldn't you be going? This should be the best home game this year). Stay tuned all week for info on Nova's status for Saturday.

Click here for a 2013 preview of the month of September for the Arkansas Razorbacks. For more in depth coverage of Arkansas, head on over to Arkansas Fight.