Share All sharing options for: Fake numbers about Rutgers athletics

The Department of Education's Equity in Athletics cutting tool may well be the worst thing to ever happen to reporting about the business of college athletics. It's an easily accessible, searchable public database, which makes it very attractive to writers in search of content. The problem? It's a complete load of bunk, with the NCAA dismissing the equity numbers as "meaningless." This is because the numbers do not distinguish at all between generated revenues and subsidies. If you want serious financial analysis, check out USA Today's compliation of NCAA Revenues and Expenses reports instead, which were actually compiled by real journalistic legwork (filing public records requests) than sloth and laziness.

Well, the latest figures are out for the 2011 fiscal year (July 2010 to June 2011.) For the umpteenth season in a row, these vacuous figures show the Rutgers athletic department breaking dead even, when it actually loses a fair bit of money. It's not exactly fair to pin all of the blame on football (the program reportedly lost $2.87 million last year - the bigger problem is the need to subsidize an inordinate number of non-revenue sports), but football is understandably an easy target, even if that perception bares little resemblance to reality.

So, with that gigantic caveat aside, why even bother posting numbers that might as well be complete fiction? Because the Department of Education will not release the full numbers until July, and hopefully getting ahead of this story can help bury one of the worst failures of sports journalism over the past several years. If everyone knows these reports are laughable and stupid, fewer people will be tempted to cheat and cite these instead of the non-cooked numbers that are more difficult to obtain. There might be some value to the expense figures, but they're ultimately the fruit of the poison tree due to their association with the bad revenue figures. The Equity cutting tool should be used to measure Title IX compliance, and nothing more. 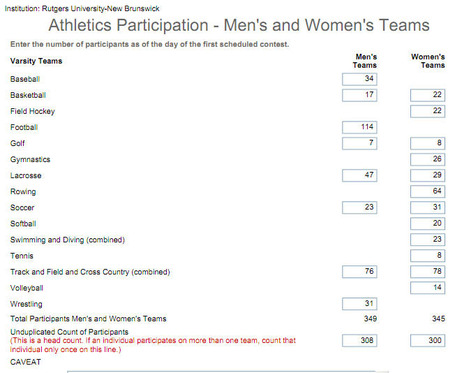 Er, that seems like a lot of women's crew rowers considering their public roster on sk.com. From a quick check of other Equity head counts though, it's not entirely out of whack, not to USF levels anyway. 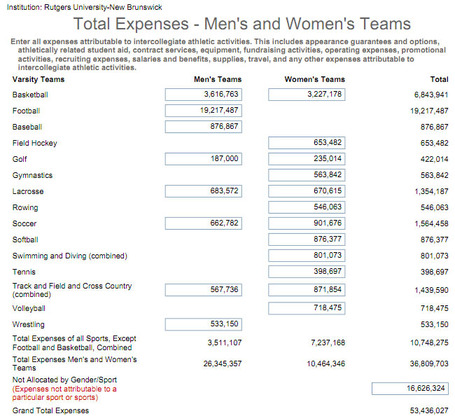 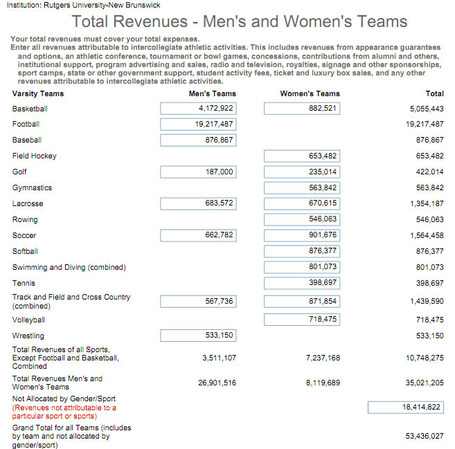 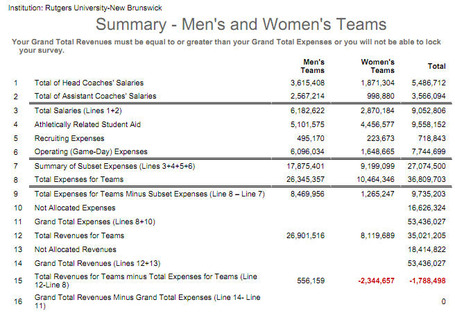