Let's not mince words here: the Rutgers football team turned in a wholly-uninspiring performance in their opener on Thursday night, with most of the blame attributable to poor offense. The team only scored six points before halftime, and had everyone in the stadium sitting on their hands throughout in befuddlement. It's worth trying to delve into the causes and try to offer up an explanation, but nothing changes the fact that Rutgers generally looked bad. There is significant cause for alarm at the moment.

On the other hand, it was just one single game. Rutgers ended up winning 31-0, so it's not like it was an unconscionable disaster. A 422 to 156 yardage disparity is spectacularly one-sided on paper, and the edge in time of possession was about as stark. The team has had early season jitters in the past, and from time to time they've had trouble getting up for uninspiring opponents. If giving everybody a mulligan on last night means they'll be focused going forward, so be it. That would be a small price to pay.

The Norfolk State game has to be seen has a glorified scrimmage or preseason game. It seemed like Rutgers was hesitant to show too much of the playbook early or break out the various bells and whistles. There definitely was a deliberate, methodical gameplan. RU wanted to to go after Norfolk St. in the trenches, pounding the ball inside early to wear down their line as the game progressed, and that's exactly what happened. FCS teams always have a few good players, but they can't match FBS teams in depth or conditioning. Even if the Spartans hadn't started dropping like flies due to injury, their eventual capitulation was an inevitability. That was absolutely certain, even when they were threatening early in the game. There was no dread in the air; it was closer to general malaise/boredom.

Norfolk St. couldn't hang on, and they were unable go ahead in the first half when it counted, because that's what FCS teams do. As a relatively good FCS team they're far better than doormats like Howard and Texas Southern, but there isn't really any excuse to struggle for a half, and for Rutgers to have had to leave its starters in through midway into the fourth quarter. RU, of course, easily won this matchup several years back. Other teams last night beat FCS opponents by similar margins, but were able to do most of their damage by halftime. Not only did Rutgers get very little out of its first string offense, but the backups were denied valuable reps that won't be as easy to come by going forward.

What probably happened was that the poor performance was the result of both an inexperienced offense, a conservative gameplan, and looking past the opponent. The general flow of the game was reminiscent of FIU last year, with Maryland and USF also somewhat comparable except for strength of opponent. It was bad, real bad, but there's plenty of room to improve going forward. I think the first half could have been merely mediocre as opposed to awful if not for a few simple miscues. The upcoming game at FIU looks a little trickier now, but I was always a little worried about that one to an extent.

On to positional notes:

Pics are up at sk.com, and here are a few lame cameraphone pictures of my own. 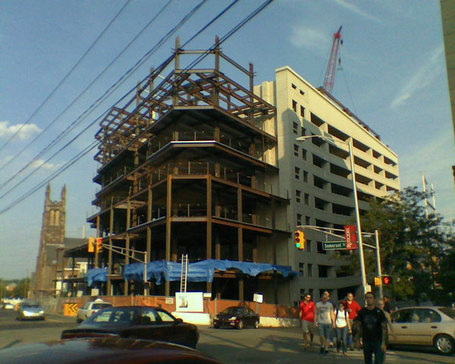 A shot of the ongoing construction of New Brunswick's Gateway Center. 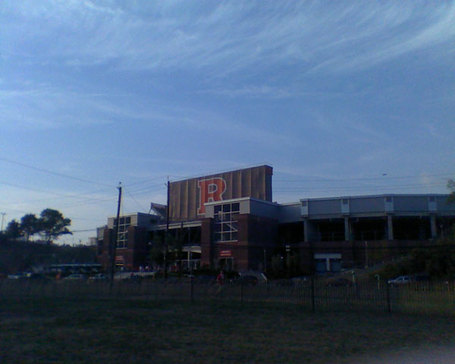 The view from Johnson Park. 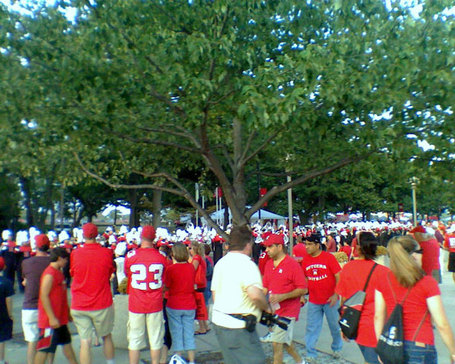 Didn't go for the cliched shot of the North Gate this time. 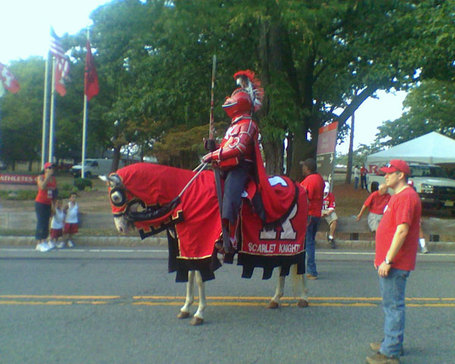 My pictures are usually bad, but this one was at a good angle. 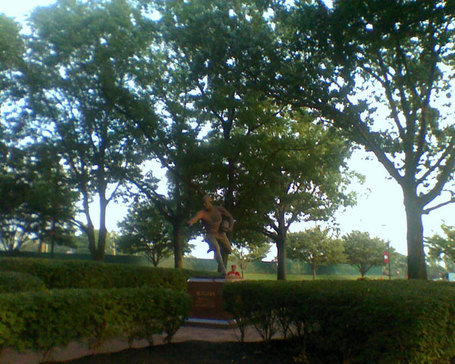 The first game statue, hours after the Scarlet Walk. Just starting to turn to dusk. 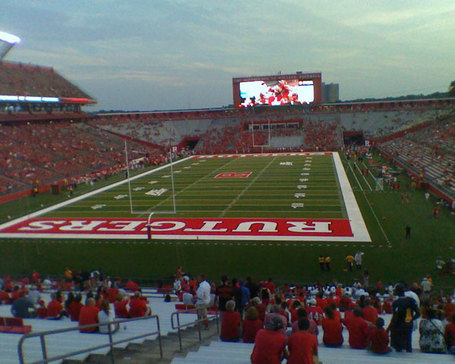 Walking to my seat from the North Gate. This isn't that far from kickoff, with most of everyone still tailgating. 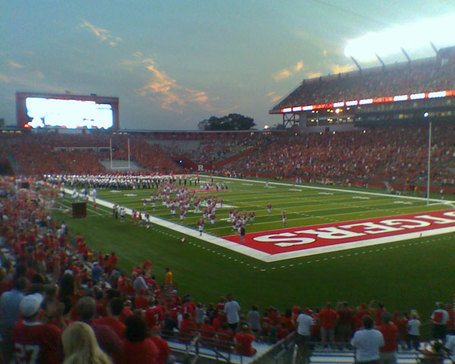 Here's what everybody missed. 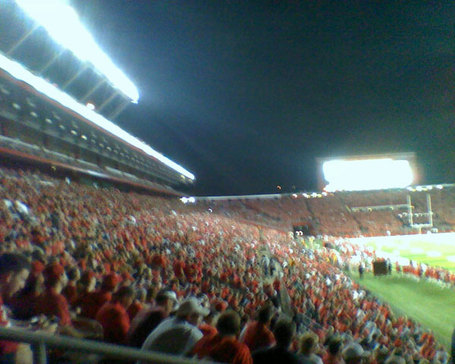 Trying to give an impression of the attendance. 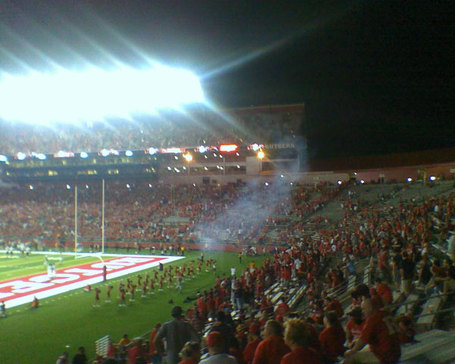 The cannon returns. This is from late in the fourth quarter.