The victor shall be determined by a beauty contest

Share All sharing options for: The victor shall be determined by a beauty contest

Having already determined that the actual matchup on the field this coming Saturday won't be all that interesting, it's time to really get down to business. And by that, I mean trying to be even a fraction as cool as the Syracuse blog. Troy Nunes Is an Absolute Magician. With that goal in mind, I've held this item in reserve for months, like a squirrel burrowing away acorns for the winter, determined to pull out all the stops for this very week.

Is the sporting blog community on the net a rather uncreative lot? I wonder sometimes, because I never really see other blogs messing around with stuff like Wordle, and this is in a similar vein.

So anyway, this isn't a sponsored post, and should be obvious since I'm actually enthusiastic about what I'm about to talk about. Did you know that there's a simple program that can take a 2D headshot, and spit out a 3D model of that person's face in only a couple minutes without the need for any kind of computer savvy? It's called Facegen, and in my humble opinion, its comedy potential is enormous, and sadly remains untapped for the most part. 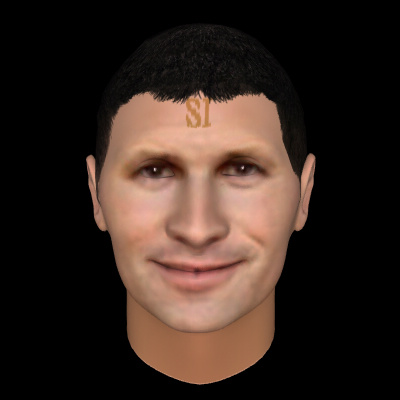 And here's some ugly dude who can go to hell. 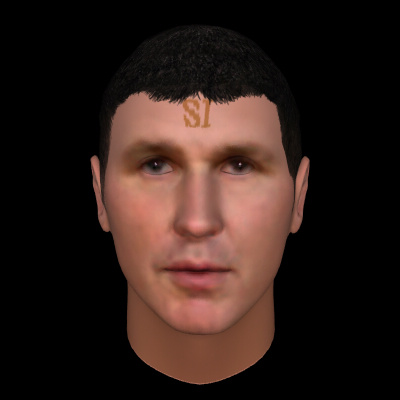 Now, you may be asking yourself why the hair isn't accurate, and why both have "S1" stamped on their forehead like they're members of some nefarious cult. That's because both are limitations of using the free trial software, as they do have to give everyone a reason to actually buy the software.

Still, the potential of this is enormous. Those 3D models can be imported into computer games, which inevitably would lead to far more sophisticated video parodies. You can play around; want to dress Jim Leavitt up as a girl, shave the Wannstache, slay Joe Paterno as the Goblin King, or fit Rich Rodriguez for his perfect new uniform? Go nuts.