This is my first attempt at this. I may or may not do more during the NFL preseason, and if I do, they'll probably focus on Rice and Leonard (as they're time-consuming efforts enough as is). There will be more-detailed analyses during the season, disecting key plays in each week's game. You can see the play by play and box score data on NFL.com. This is more trying to explain the 'why' behind the 'what happened'.

Picture size is truncated a bit because of this damn wordpress theme. They're a little bigger if you look at the images directly. 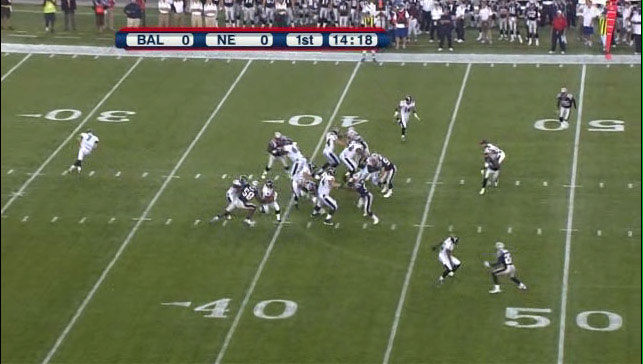 In Rice's first carry of the game, Marshall Yanda misses his block on Pierre Woods. (Wow, I really should have spellchecking this entry before posting) Gain of one yard. 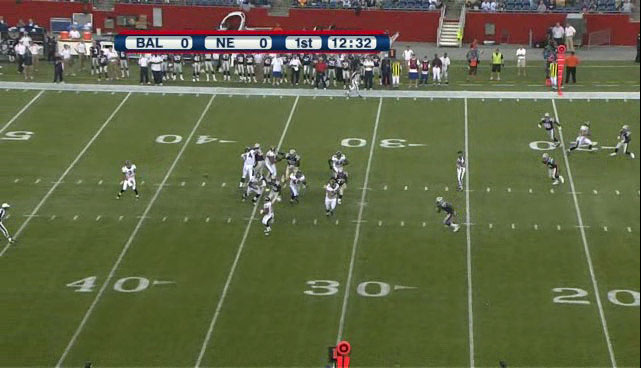 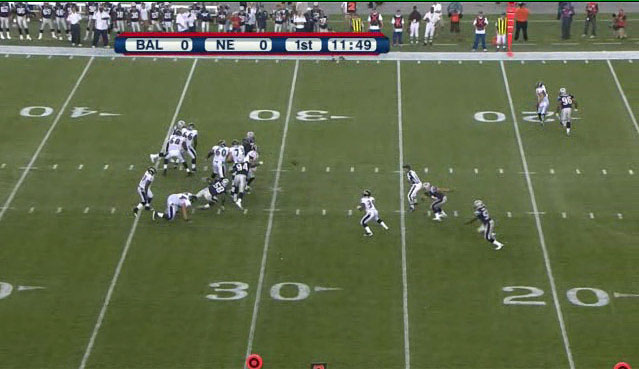 Baltimore's receivers are covered downfield, Boller checks down to Rice and has to get the ball off quickly because Leron McClain was badly beaten by Woods. Gain of three. 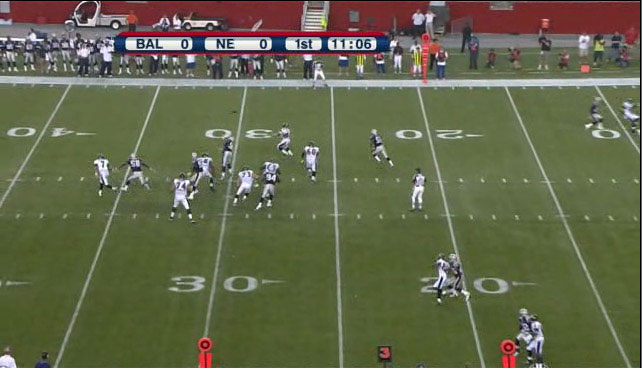 Rice drops what should have been an easy catch. 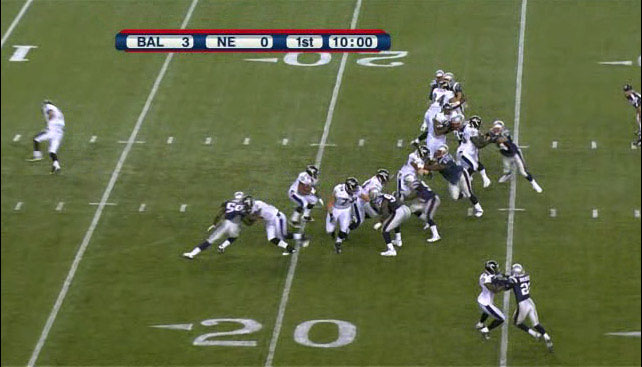 Not the greatest blocking here. Left inside linebreaker gets in and slows Rice down enough that Wilfork can tackle him. Gain of three. 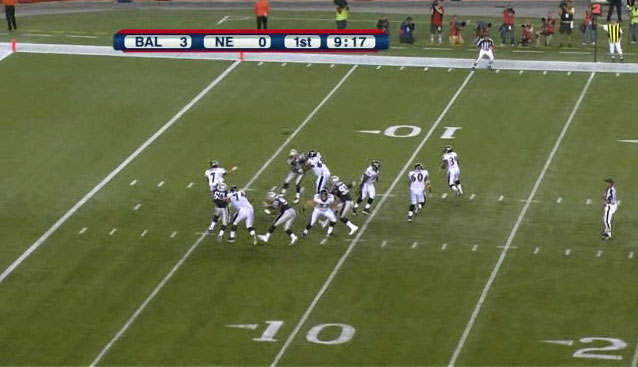 Boller is once again forced to throw sooner than he'd like. Gain of six. 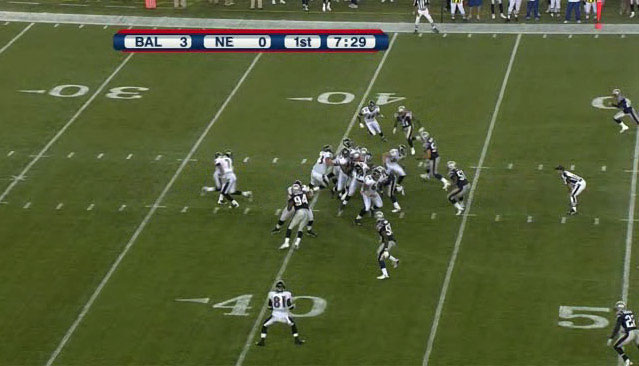 No room for Rice to run here. Does break a few tackles for two yards. 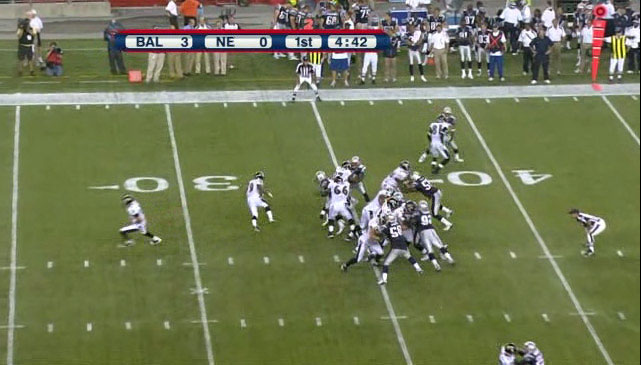 Rice does a great job beating LeKevin Smith (who was allowed to roam free by Jason Brown) outside in this off-tackle play. He would have gotten more yards if Brown and McClain (vs. Shawn Crable) didn't blow their blocking assignments. Five yard gain. 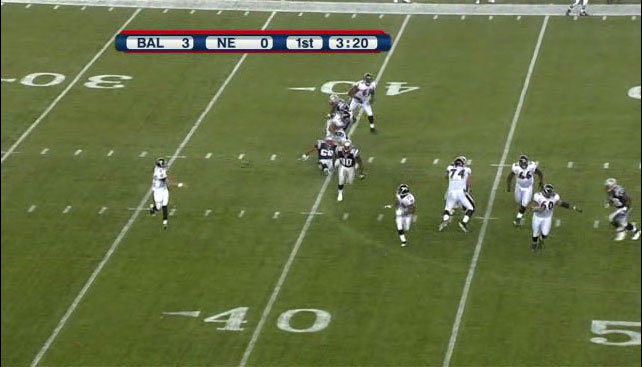 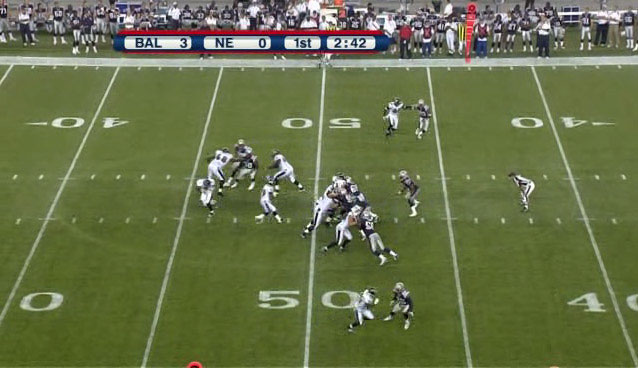 No one picks up Jerod Mayo, who absolutely flattens Rice, knocking his helmet off. One yard gain. 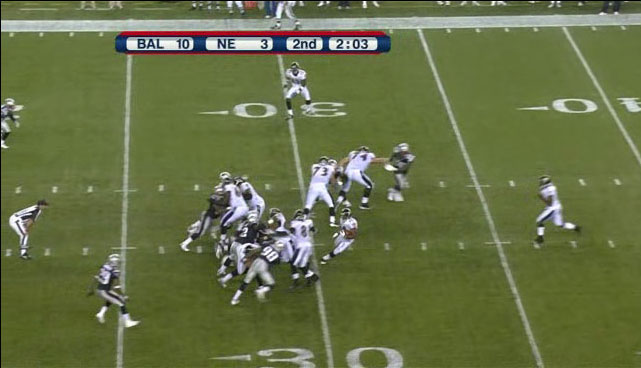 NE reads the play perfectly, stacks the line. Nowhere to run, no gain.

I left out a fair-catch punt, and a play that was whistled dead immediately due to an illegal procedure penalty.

The biggest positive for Ray Rice on Thursday was that we was heavily involved in the offense. He seemed to see the ball a lot every other series.

The downside from the game is the realization that Baltimore's OL is very, very bad. I also worry about Rice getting too many preseason reps at this point with McGahee out.

Also, Baltimore ran a fair amount of play action plays during the game. And Jerod Mayo for New England is absolutely something else.